A base for fantastic, coasy and wild experiences 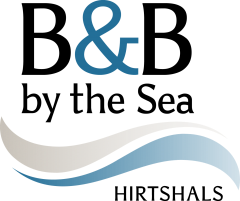 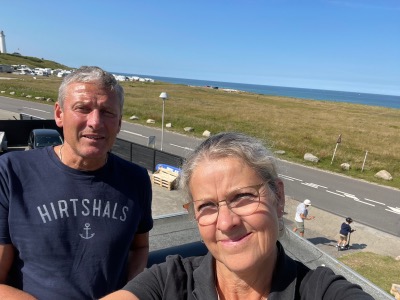 B&B By the Sea - is a new concept in the city of Hirtshals, a city based on the outskirts of the peninsular of Jutland. At the address Kystvejen 53 in Hirtshals, with one of Denmark's finest views of the North Sea and Skagerrak, there is room to take in fifty guests.

From the large rooms with panoramic views, you can experience the magnificent Skagerrak, where thousands of ships pass between the North Sea and Kattegat, and ferries several times a day pass on their routes between Hirtshals and southern Norway. It is a sight one never gets tired of looking at.

Just outside the door the B & B guests are met by all the unique dune formations created by the wild sea, and when you cast a glance in a southerly direction, your eye is met by one of the city's most beautiful buildings - Hirtshals lighthouse, which dates from 1862 and with its distinctive markings against a magnificent sky is the city's landmark.

Hirtshals is a progressive, vibrant community with a port that gives the area an international touch. The city is located in the middle of a picturesque and varied Danish nature. B & B by the Sea is a natural starting point for eventful excursions in the area.

The harbor environment, as one moves past the doorstep of the B & B by the Sea, is something unique to the area. Hirtshals began as a small fishing village and through a large harbor with lots of fishing vessels, it has moved forward to become an important commercial port, which among other things, means it is connecting the continent with Norway and the North Atlantic.

In recent years, there has been created a lot of art in the city's open spaces, which offer great opportunities for exciting cultural experiences in the community.

Hirtshals Hostel / Danhostel has over the years taken in thousands of guests. In the future, it is the two new owners of the Bed and Breakfast in Hirtshals - Rikke Vandsted & Tor Ove Sørlie – they are carefully restoring the place to modern (coasy) standards, and it will be with a different concept than known before.

As the name B & B by the Sea more than suggests, the main feature here is accommodation and breakfast. There will be focus on pampering our guests, in order to make a stay here an unforgettable experience.

B & B by the Sea has 15 rooms and space for 39 guests. At the same time there is a well-equipped kitchen, where you have the opportunity to prepare your food.

In addition to our Bed & Breakfast, our aim is to have a concept that also aims for companies and servicing of associations of all kinds. The flexible space means that we can take all sizes of companies and groups, with up to about 80 people. It allows many different types of use to be utilized all year. 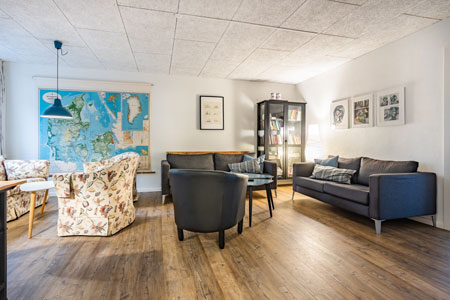 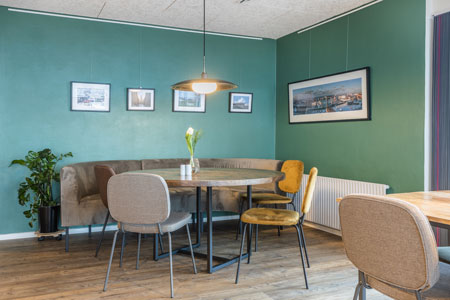 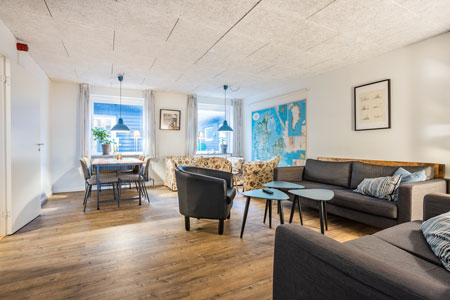 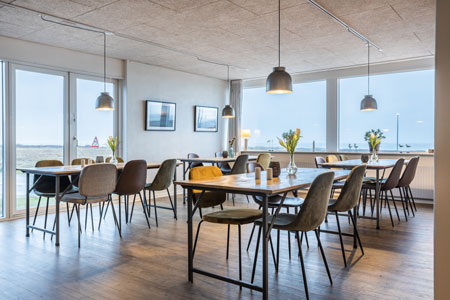 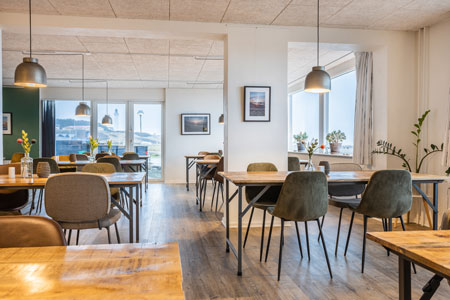 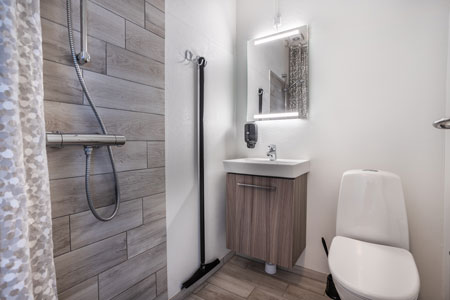 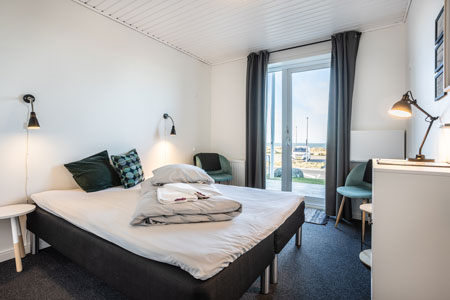